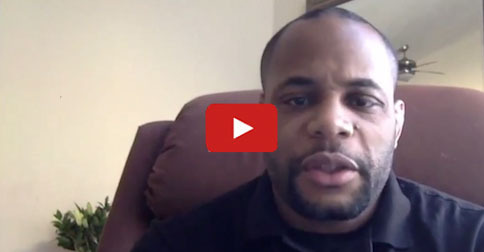 Daniel Cormier gives his thoughts on his loss to Jon Jones at UFC 182 and Jones entering rehab following the fight.

Daniel Cormier on the aftermath of his loss to Jon Jones: “It’s been tough. It was a tough fight. You owe it to yourself to let it burn a little bit and let it hurt. If you try to move forward too fast, it doesn’t have the effect that you hope it has to allow yourself to rebuild afterward.”

Cormier on what he thought of the fight: “I started early and tried to gauge his speed and ability. I thought I did extremely well in the second and third rounds, but in the fourth I just didn’t fight, and in the fifth didn’t do anything. Wish I fought like I did in the second and third round continuously. I have to make myself better in these long fights. I’m just disappointed. For as well as he did; I didn’t fight my best fight.”

Cormier on what he thought after the results of the positive drug test: “The fight is what it is, he won the fight. I don’t believe I won the fight. But how unfortunate: this is a guy who has the ability to reach people at a different level. Not many people can reach outside of the sport and world of MMA – I believe Jon can do that. Unfortunately, these incidents keep happening to him after his unbelievable performances. He should be a star among stars. He should go in the ESPYS and be recognized with the biggest stars in the sports world. But because he does things outside Octagon, it holds him back.”

Cormier on if there’s still hard feeling between him and Jones: “Those feelings are 100 percent real. They don’t go away because we fought once. We still have things to deal with. We’ll probably only deal with them if we stand across cage from each other again. Hopefully the outcome will be different.”