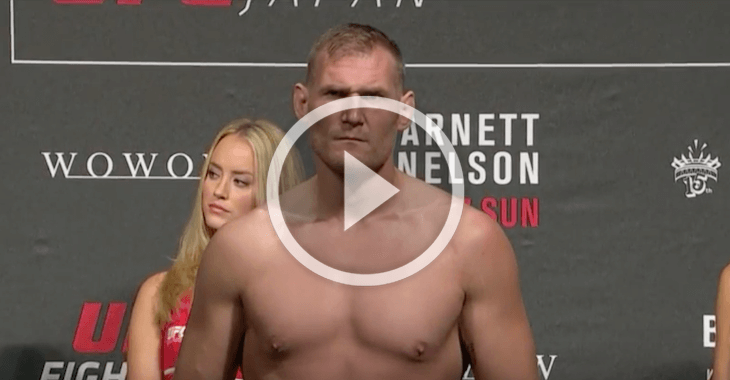 The UFC heads to Japan on Saturday night at UFC Fight Night: Nelson vs. Barnett.

As the name suggests, in the main event the heavyweights will collide as Roy ‘Big Country’ Nelson takes on Josh Barnett. In the night’s co-main event flashy striker Uriah Hall will take a huge leap up in competition and battle Gegard Mousasi.

The card will also feature plenty of Asia’s top UFC fighters. Before that happens all fighters have to step on the scale and make weight.

Watch the weigh-ins replay below!