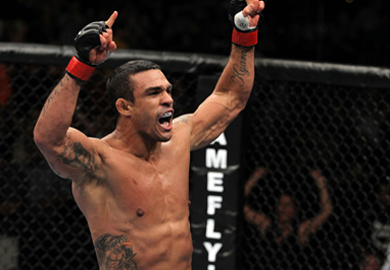 In a recent interview with, The MMA Hour, UFC 181 headliner Vitor Belfort addressed his critics who blame his use of testosterone on his Octagon performances.