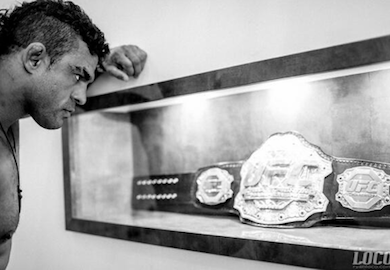 Since his return to the UFC in 2009, Vitor Belfort has been on an absolute tear.

Outside of his defeats to Jon Jones and Anderson Silva, the Brazilian ‘Phenom’ has only let one opponent (Michael Bisping) out of the first round of action.

With his recent destruction of Dan Henderson (See Video), Vitor is ready to tackle his third division championship and make history in the process.

I am ready for the middle title shot to get my 3rd belt in a 3rd different division!!! Looking forward to that!!!" pic.twitter.com/LMyq5IIVIR