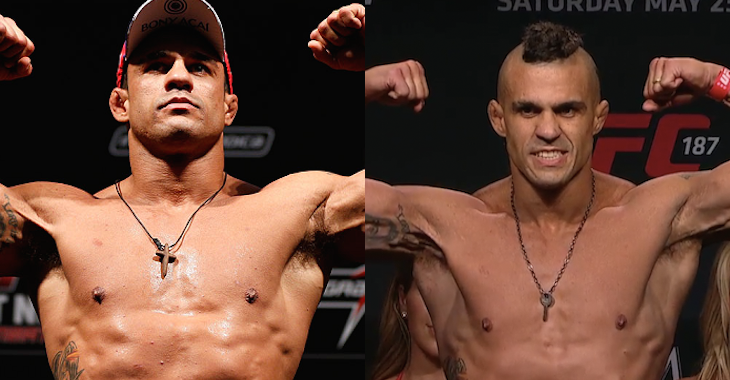 Vitor Belfort hit the scales Friday for the first time since November 2013 and is looking noticeably different. In 2013, “The Phenom” was the #2 ranked middleweight and defeated Dan Henderson with a devastating headkick in less than two minutes. He looked strong and solid before the fight; Seeing what kind of shape he is in tonight, do you think he will be able to do the same thing to Weidman? Vitor Belfort at the UFC 187 Weigh-Ins