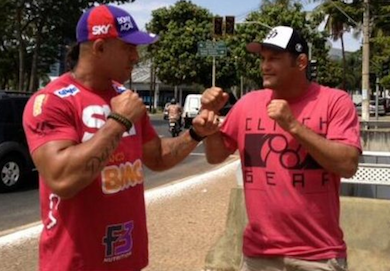 “It’s going to be intense. I have 14 weeks until the fight, and preparation requires dedication and sacrifice. I’ll focus on winning the fight. I’m preparing myself for a five-round intense fight. That’s the way I predict the fight going.[The first fight] gives me more motivation. He’s a tough fighter, but I’ll be ready to dominate him for five rounds.”

In November, two-legends collide as Vitor Belfort and Dan Henderson are set to square off in the UFC Fight Night 32 main event in Brazil.

In a recent interview with MMAFighting.com, Vitor Belfort explains his expectations for his second showdown with Hendo.