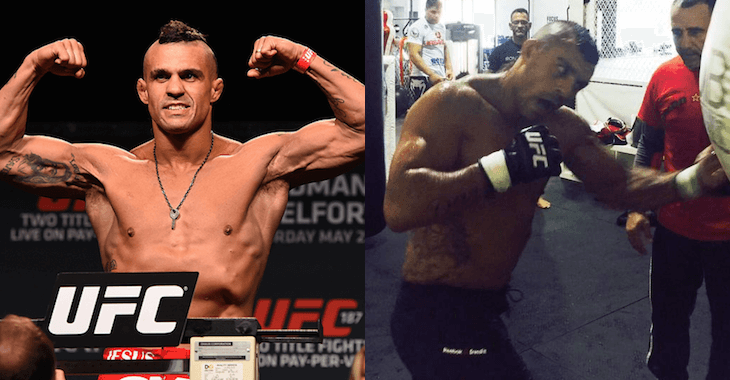 Former UFC light heavyweight champion and current middleweight fighter Vitor Belfort is gearing up for his next fight, a trilogy match with Dan Henderson in November.

Ahead of that fight the fight has stayed busy on Instagram, sharing photos and videos of his training. The fighter looked noticeably different before his last fight, a title scrap with Chris Weidman. He looked a lot smaller than he has in past fights and the fans definitely noticed.

However, looking at his recent Instagram posts, the fighter looks to be getting back to his normal size. What do you guys think?