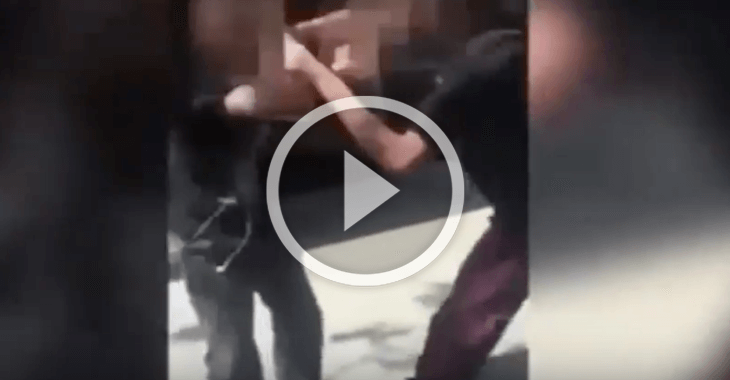 The story here is that a student was messing with another student who is visually impaired. In the video below you can see him punching the blind kid over and over again, than justice happens.

From out of no where another student comes to the aid of the blind classmate and completely levels the alleged bully.

It’s a straight-up one punch KO! The so called bully goes down hard and is basically out. You can get the full rundown below from CBS Los Angeles:

A student who is reportedly blind was being slapped around and punched by one student as several people looked on. Out of frame, another student comes up and gives the alleged bully a roundhouse punch knocking him to the ground and almost unconscious. As the bully’s friends start to confront the student perceived as the blind guy’s savior, he yells at the attacker, motionless on the ground, “Trying to [expletive] jump a blind kid, bro!”