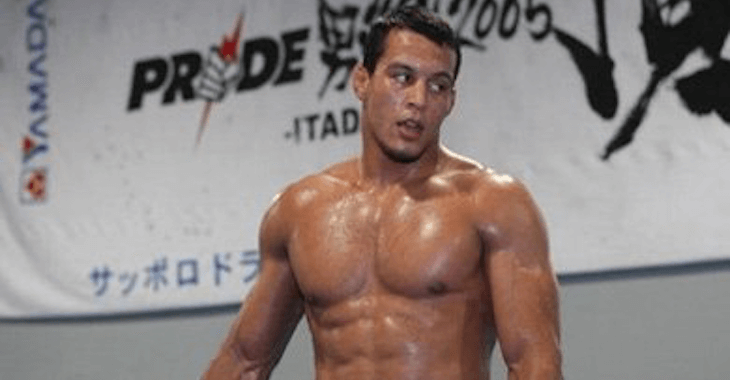 Vinny Magalhaes’ recent stint with the Ultimate Fighting Championship may not have went how he intended, but at least he got a decent story from his time there!

Magalhaes’ last outing in the octagon lasted all of fourteen seconds. The light heavyweight walked into UFC 163 prepared to eliminate Anthony Perosh, but fight weekend took a turn for the worst when an unprepared doctor hindered Magalhaes’ performance. Magalhaes recalls the situation on a recent edition of the Three Amigos Podcast:

Here’s the thing, my last fight for the UFC, I had some issues with an IV. Me and Bristol Marunde both had this doctor from Brazil. She brought a nurse with her and she was super professional. She had brought three IV bags for us, because in Brazil, the bags are only like 500 ml. So, she cuts the bag with a nail clipper—we figured she’s a doctor and she knows what she’s doing.

Anyway, after the weigh-ins, me and Bristol both got the IV from her, and later on we were feeling like crap. We had a fever and were just feeling like crap right before our fights. After the fights, I found out I had gotten a bacterial infection, and the same thing happened to Bristol.

She had never done IVs for fighters before, and she had to do the IVs in the hotel room, so she brought the stuff to the room, but she didn’t bring the right equipment, the scissors or whatever to cut the bag. She used those alcohol pads to clean up the nail clippers, so we figured it was safe. Then, we found out the next day it wasn’t that safe [laughs].

It’s one of those things where you can’t completely blame the doctor. Some of it is on her for sure, but we took the risk. We saw it happening and we didn’t complain, so some of that is on us, too. It wasn’t too long after that when decided I would start walking around closer to my weight class.

Vinny Magalhaes is getting ready to go toe-to-toe with Matt Hamill at “WSOF 24” on October 17th. Who do you have walking out of that bout on top? Make your predictions in the comment section below!f