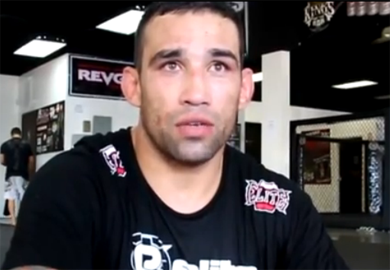 Fabricio Werdum talks about having become a complete fighter since he face Big Nog the first time in 2006. Werdum is confident that if he can get past Big Nog, a title shot will be next for him inside of the UFC. Werdum says he used to pretend to strike, but now under Rafael Cordeiro, he has become a striker.