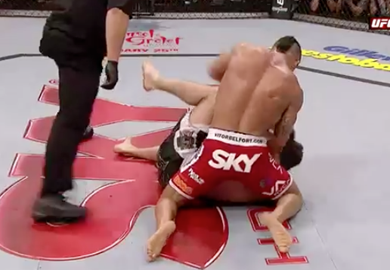 Vitor Belfort and Michael Bisping put on a thrilling show in their main event scrap at UFC on FX 7. Kenny Florian and Jon Anik break down the future for Vitor Belfort after putting the stamp on Bisping and delivering the KO the Brazilian fans were hoping for.