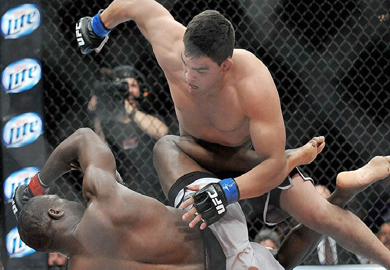 Last weekend Kelvin Gastelum became the youngest fighter to win “The Ultimate Fighter” reality series. He did so by defeating one of the hottest prospects to ever walk off the set of the show in Uriah Hall.

Check out highlights from the fight in the player above.