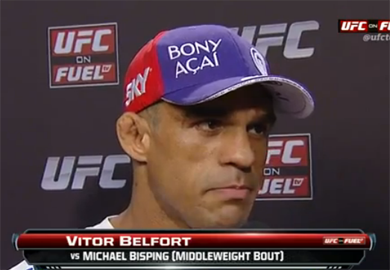 Following a tense UFC on FX 7 Weigh In, Brazilian MMA legend Vitor Belfort spoke with FUEL TV correspondent Heidi Androl about his #1 contender fight against Michael Bisping. Belfort is amped up to take Bisping out in front of his hometown Brazilian crowd, find out if he’s able to pull it off at UFC on FX 7!