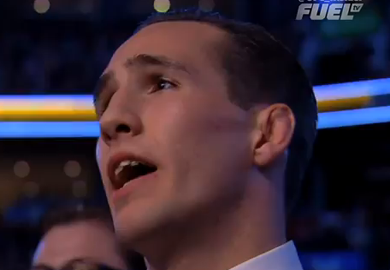 “Rory MacDonald Full Blast” – An injury forced Rory MacDonald off UFC 158 but the welterweight prodigy still looms large as a likely future opponent for anyone hunting the 170 pound strap. MacDonald was mic’d up and provided the live commentary as Johny Hendricks put on a show at UFC 154.