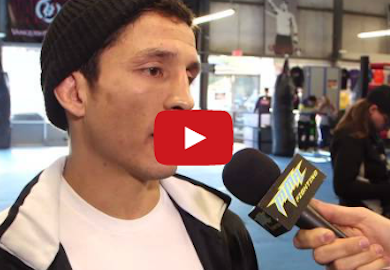 Joseph Benavidez, who faces Demetrious Johnson in the main event of UFC on FOX 9, talks about fighting at home, the pressure he put himself under the first fight, if he still has the picture of the belt, Team Alpha Male’s big night, and much more.