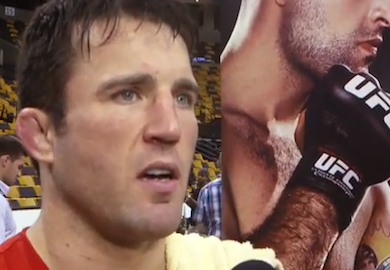 Chael Sonnen talks about his UFC Fight Night 26 bout against Shogun Rua, switching camps before the fight, juggling being an analyst and a fighter, why he’s moving down to middleweight after this fight, and why he’s applying to ref Weidman vs. Silva 2.