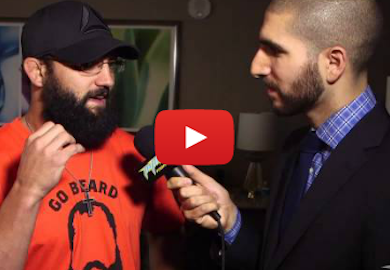 Johny Hendricks talks about the buzz leading up to his UFC 167 welterweight title fight against Georges St-Pierre, the GSP retirement talk heading into the fight, the drug-testing drama heading into this fight, getting burnt during the UFC 167 commercial shoot, and more.