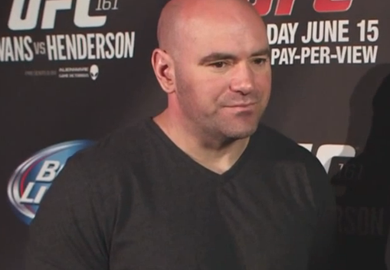 With fighters such as Jon Fitch and Rampage Jackson speaking out against the organization the UFC boss used his time with Ariel Helwani to address those issues and say his peace.