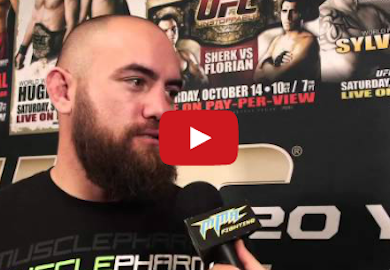 Travis Browne talks about his UFC 168 showdown against Josh Barnett, his “regal beard,” his last fight against Alistair Overeem, whether he thinks Barnett has evolved as a fighter, why he thought the extra drug testing he had to do prior to this fight was not fair, and more.