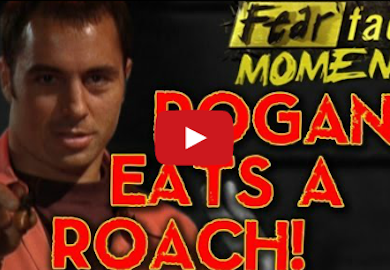 We all know Joe Rogan as the UFC’s ringside commentator, for year’s he’s been educating the masses at home on the action that’s going down inside the Octagon.

In the early 2000’s, Rogan, was also host of the hit competition based television series, ‘Fear Factor’.

In this clip, he eats a cockroach.