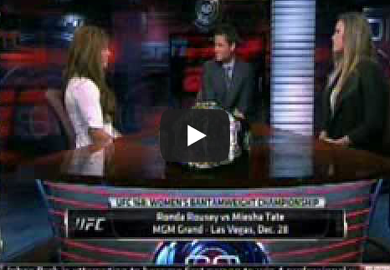 The Rousey/Tate train has officially left the station and this bitter rivalry could likely be the most hyped in MMA history.

We are still four-plus-months removed from their upcoming fight and the two female stars are getting more attention than any other MMA fight in recent memory.