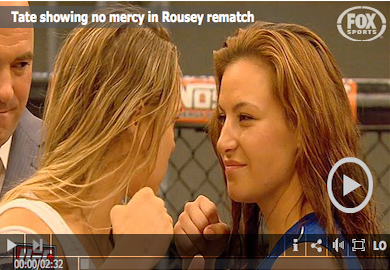 “I’m going to break her jaw,” said Tate. “I’m not going to stop punching until something on her face is broken and she wakes up looking at the lights.