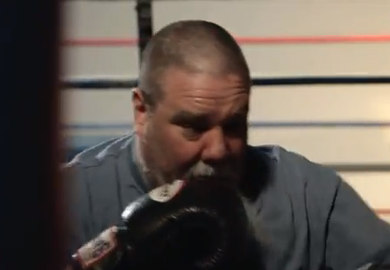 David “Tank” Abbott is coming out of retirement on April 13th in a LIVE event broadcast exclusively on the MAVTV American Real Network. The 47-year old former street fighter has not fought professionally since February 2009. His opponent, Ruben “Warpath” Villareal is an active MMA competitor with 48 professional MMA bouts and 20 wins under his belt. Abbott and Villareal will go head-to-head in this no holds barred King of the Cage match at the Gold Country Casino in Oroville, California on April 13, 2013.