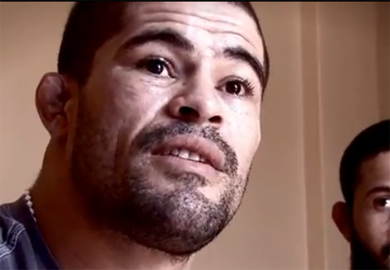 Go inside the final days of Rousimar Palhares’ fight camp. See how he’s training for the extremely dangerous Hector Lombard. Plus hear how the lessons he’s learned in BJJ have applied to life in general. Catch “Toquinho” as he faces Lombard on UFC on FX: Sotiropoulos vs. Pearson, live from Australia’s Gold Coast, Friday, December 14 at 10PM ET | 7PM PT.