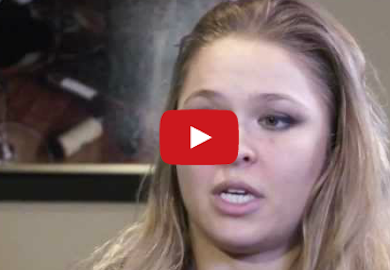 Featured as a co-main event on the year’s biggest fight card, she successfully defended her title with her signature arm bar to close out her rivalry with Miesha Tate.

Now Ronda looks forward to the 2014 season and up first on her hit list is fellow Olympic medalist, Sarah McMann.