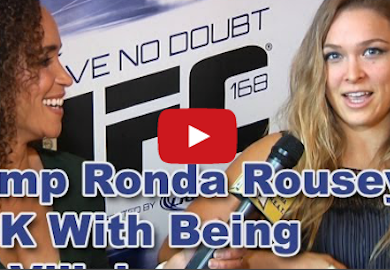 Ronda says, “the women’s division is Gotham City, I’m Batman and Miesha is Scarface (meant Two-Face).” Ronda also talks about her experience coaching opposite Tate on The Ultimate Fighter, how she was able to convince Shayna Baszler to move to California, how she feels about being referred to as a female Diaz brother, her disappointment in people’s insensitivity to Paul Walker’s death, her cut-up clothing designs with Marina Shafir, Dragonvale and much more.