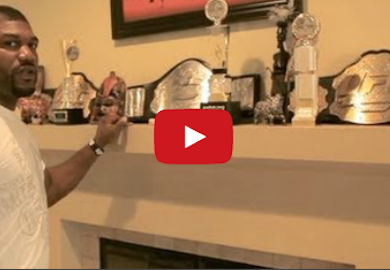 Bellator money must be good! Or maybe it’s UFC Money? Maybe even PRIDE FC Money or perhaps even some A-Team Money?

At any rate, Rampage Jackson is a baller and he recently gave these guys a tour of his super-star status dwelling in Mission Viejo, California.

Did anyone say TNA money? I guess that’s possible too! Shoot, it could even be cellphone app money?