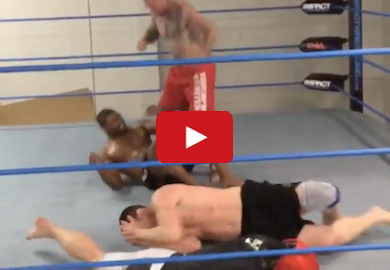 The caption reads:
“Now this is the most fun I’ve ever had warming up b4 training. Loving the wrestling ring at the new gym. @tomblackledge @mayhemmiller @tcterror rematch soon?”