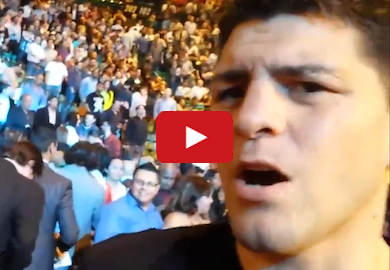 “Yeah, he’s fine, but I don’t know, like, it’s like they wanted to stop it, looking for a good punch. But, it wasn’t like where it needed to be stopped. Because he still looked dangerous.

Hey, you know, it’s a trip though, because they didn’t stop the fights in the UFC. Or they stop fights here, but in the UFC they let it go. They let it go, let it go.