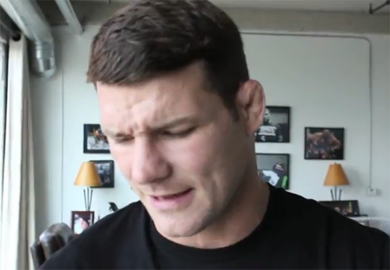 As it would seem, “The Count” is not without a heart after all.

In this featured video clip Bisping weighs in on the current state of his former foe, Jason “Mayhem” Miller and admits to feeling bad for “The Bully Beatdown” host.

“Mayhem” was recently arrested in Orange County, California for vandalizing a church and more recently made headlines with his sudden outburst on popular MMA podcast “The MMA Hour.”

You know your situation is bad if you can draw sympathy from Michael Bisping.

Check out what Mike had to say in the video on page 2.