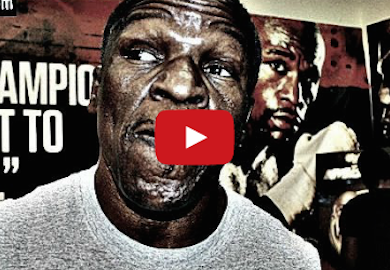 “With all that stuff that Maidana did, hitting below the belt, twisting the arm, hitting behind the head, hitting him with the head and busting that eye, if I was Floyd, I wouldn’t fight him again.”