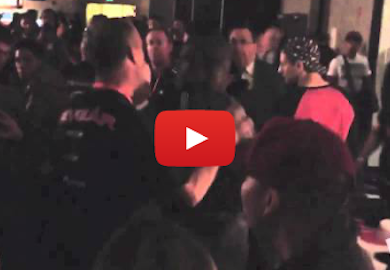 From Youtube:
The scene begins with Jason “Mayhem” Miller being aggressive to a woman who is apparently his ex girlfriend who he has allegedly assaulted in the recent past. She was visibly emotional and upset and he continued to yell at her. Uriah Hall poked his head in the situation and instantly Miller turned his aggression to him. He began with continuous rants of, “N**** please.” Then the video starts and you see the rest.