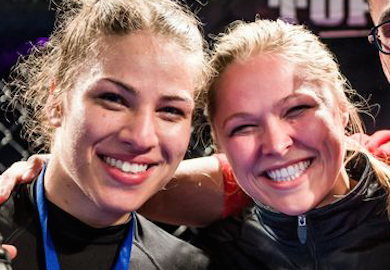 Rapidly making a name for herself, Marina Shafir (pictured, left), Ronda Rousey’s best friend and training partner, is climbing through the MMA ranks in her own right. With an impressive unbeaten run, just like Ronda, Shafir has beaten all five of her opponents in the first round via armbar.

Now, in a recent interview, the rising female fighter says give her some time and she’s up for the task of taking on Cris Cyborg.

If Ronda can’t do it, it might be the next best thing!