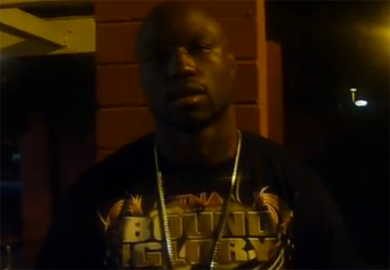 Bellator fighter and TNA pro wrestler King Mo Lawal talks after his TNA wrestling pay per view debut. The on the fly interview with King Mo at a local Arizona restaurant took place after TNA’s Bound for Glory card. King Mo discusses being a pro wrestling rookie, fighting for Bellator in January as well as balancing his pro wrestling and MMA training camps.