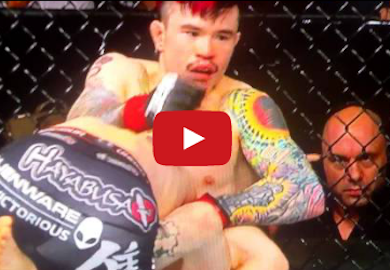 Now, I’m not saying Joe Rogan actually picked his ear and ate his ear wax on national television, I’m just saying it looks like he did.

Infact, I’m not even saying it looks like he did, but what I will say is that many people think he did.

To me, it looks more like a sniff, or visual inspection, but who am I? Regardless of the what it is, Joe is the man and he can do whatever he wants with his earwax at anytime, at anyplace no matter who is fighting in front of him.

But what do you guys think he’s doing?