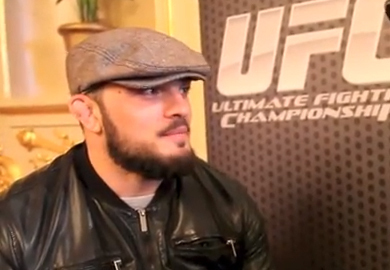 Ilir Latifi has been thrust into the spotlight, headlining a UFC event in his hometown against Gegard Mousasi in his promotional debut.

This is the first released pre-fight interview of the man tasked to fill the void left by the injured Alexander Gustafsson.