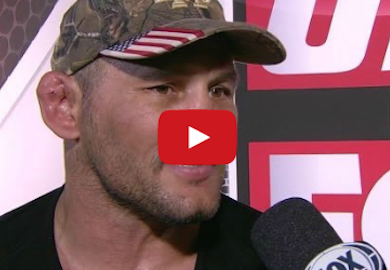 “That’s the last goal of mine and the last thing I need to achieve in this sport is getting that UFC title. I’ve had other titles, but that UFC belt still eludes me. I’m still after it and I feel like I’m still capable of doing that. There’s so many guys at light heavyweight now and half the fans are asking me to go down to middleweight, so I’m really open to anything.”