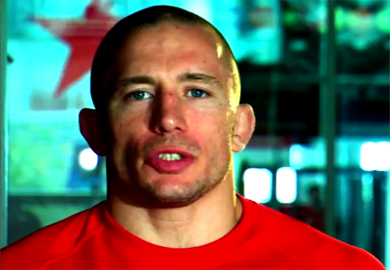 After a year and a half away from the cage, Georges St-Pierre says he’s better and stronger than ever. Hear why he’s confident he’ll still be champ after UFC 154.

“The most dangerous thing that Condit has is capacity of adaptation. He can adapt to any opponent that he fights. That’s why he’s so good. He’s very skilled, but he’s also very smart… I’m not afraid of Carlos Condit. I will leave with the belt, there is no doubt in my mind.”