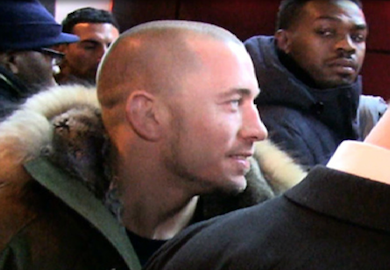 Thanks to the always-present cameras of TMZ, we have this ‘somewhat awkward’ video of Georges St. Pierre and Jon Jones running into one another outside of a New York City night club.

It looks like both of the ‘MMA Stars’ were trying to remain unnoticed. Something that may have proven easier to accomplish had they not both been in the same line, for the same club and within a few feet of one another.