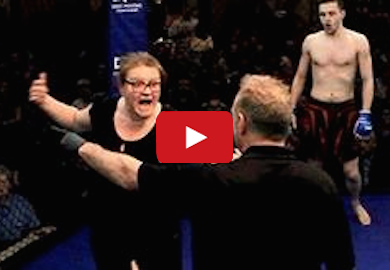 It took less than a minute for Caleb Frasher to stop Joe Fisher in Columbus, Ohio, over the weekend,. But that’s not why these two amateur fighter’s are making headlines.

As seen in the video above, Fisher’s mother jumped into the cage to aid her son while he lay flat on the canvas. Police then had to remove her from the fighting stage so that the commission officials in attendance could do their job.