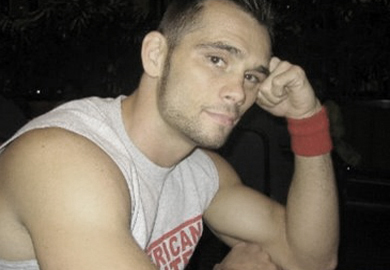 Rich Franklin discusses Wanderlei Silva‘s fighting style as he prepares to have a rematch with ‘The Axe Murderer’ at UFC 147 in the main event. In his pre-fight interview, Franklin breaks down what its like to fight Wanderlei and what he needs to do to put Silva away.

“The best way to describe Wanderlei’s fighting style: It would be like fighting a tornado. As long as you stay away from the tornado, your safe, but if you get too close to the tornado, it does damage. When you come in, he pulls the trigger. And when he pulls the trigger, things fly. He’s throwing multi-punches with his hands, following things up with his knees and he’s just dangerous. The best way for me to finish this fight is to not get lazy and get caught up in his game and get caught with something that would otherwise put me on the ground.”

At 37-years-old, Franklin might now have much time left in his career even if he plans to use the controversial testosterone replacement therapy (TRT) to prolong his career. Once he does retire and after his inevitable induction into the Hall of Fame, Franklin can always look for work as a Forrest Griffin impersonator with that new haircut.