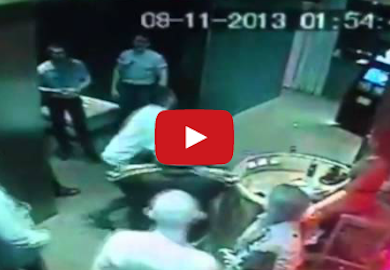 Having both attended the Legends Fight show in Russia, UFC fighters Frank Mir and Jon Jones both took to the show’s after-party to engage in some good old-fashioned fun in the streets.

In the video we see the two teammates sparring for fun, in public, after what we can only assume to be a fun evening on their Russian PR tour of appearances.

You rarely see this kind of playful banter between teammates in our sport and it’s pretty refreshing to see some normalcy out of two of the UFC’s top stars.