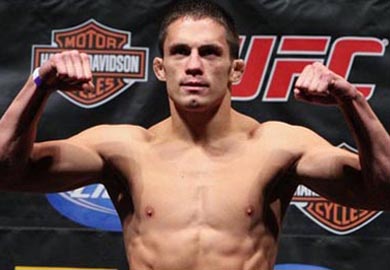 “A lot of people like to talk negatively about GSP, but to be able to do what he does against the top guys, consistently, it’s extremely hard. For him it’s like, he’s in a position where he can only lose, it can only get worse. If I was him, I would look to fight Anderson Silva then retire. You beat the top guys [but] eventually you’re gonna lose, eventually someone is gonna beat you. That’s just gonna happen. He may not be finishing fights, but he’s consistent. The hardest thing to do in this sport is be consistent.”