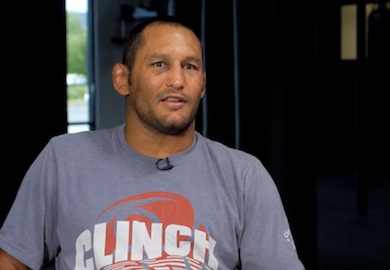 “Vitor’s a dangerous guy. He’s got a lot of knockout power. He’s quick. He moves forward real quick as well when he closes the distance. You’ve got to be real careful with him. Sometimes mentally he doesn’t show up. Sometimes he does. You never know what you’ll get. I’m expecting to fight the best Vitor out there. And he’s been fighting well lately. It should be a good one. The first time I fought him, I just stayed in his face and controlled him. I won every round, I felt handedly. I don’t know if we got in the big slugging matches too much, but I felt like I controlled and beat him there. I’d like to do the same except for finish him this time.

This is the last fight on my contract actually. I don’t know if we’re going to renew now or do it after. Either way is fine with me. I still plan on fighting three times next year. I’ve got about five fights left in me for sure, we’ll see what happens after that.”