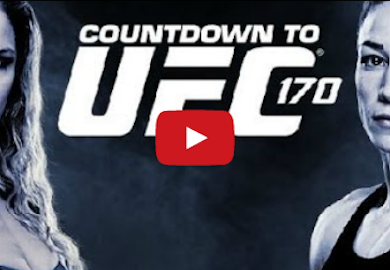 Women’s bantamweight champion has conquered everything the UFC has thrown her way. But she now faces her stiffest test to date against former Olympic wrestler Sara McMann. McMann has the credentials but will she be the one to stop Rousey’s armbar?

Here’s the rest of the countdown: