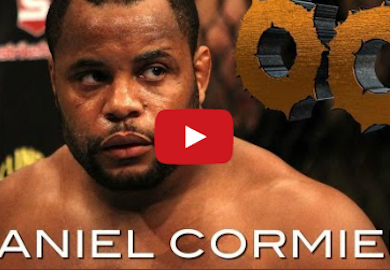 “This was around 2004. I lost my daughter in 2003, so I was having a whole bunch of personal issues. I called our head coach at the time and told him the story Pat told.

“And he was like ‘That’s not what happened. What is he talking about? He’s just lying.’

“He goes, ‘well you guys were simulating the Olympic games just as he said.’ And he beat me. He did beat me in a match, and I said, ‘We’re going again.’ And the coach told me ‘No, the Olympics are over for you. You lost.’ And that’s what freaked me out and I ran out of the room. Yeah, I did cry, I was pissed off. I had to put myself in the mindset that I was wrestling for an Olympic Gold medal and I had given it away. And then my coach wouldn’t let me get my hands back on him.

“But we did compete against each other in reality one time. I was at 211 pounds and he wrestled as a heavyweight. He was the #3 heavyweight in the country and I beat him 7-0. So when we did strap our boots on and went and wrestled each other, I beat him pretty good.”

“Those things stay in the wrestling room. We don’t talk about training. That’s wrestler code 101. He knows that. He knew the things that I was going through at that time. To put himself in the situation, he went and dug up some things that he should have never have dug up. Those things stay back in 2004. Because he knew my situation. The Pat I remember wasn’t like that. That’s not the guy I remember when I was training for the Olympic Games. It’s a different person and that’s just life. People change with time and people change with life.”