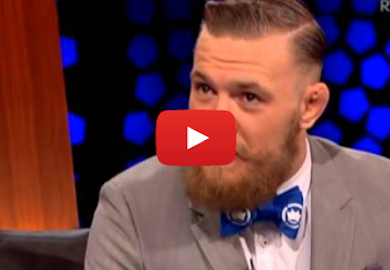 Why doesn’t the UFC’s Irish star, Conor McGregor, like P-Diddy? What’s the latest on his rehab and when’s he expected to fight on his native soil?

All this and more are answered during his recent appearance on ‘The Late Late Show.’