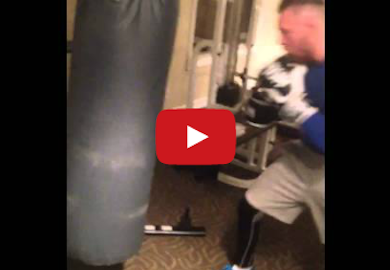 UFC featherweight Conor McGregor was forced out of action with a torn ACL. Surgery in rehab in Southern California have lasted 13-weeks so-far and the UFC’s Irish star is now back with some light training.

Back on the heavy bag 13 weeks post ACL. Someone will pay. The clock is ticking https://t.co/NYVT2M2dMS