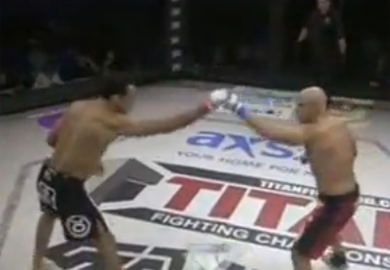 Using his specialty, the Brazilian grappler made short work of his opponent and secured an arm triangle in the first round to choke out Holland unconscious and win the bout.

Take a look at the video below and share your thoughts on the chances one of BJJ’s top competitors has to make it to the top!