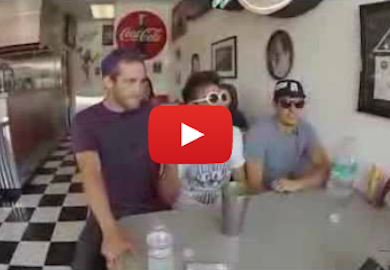 UFC lightweight, Myles Jury, has been making waves inside the Octagon since his debut in 2012. The undefeated prospect has taken out top competition in his short three-fight stint in the UFC the likes of Michael Johnson and most recently Ramsey Nijem.

He is now tasked to take on another viable threat in the form of Mike Ricci next weekend at UFC 165, but for now, hanging with UFC president Dana White’s BFF, Nick ‘The Tooth’ is how ‘Fury’ is passing the time.